This week’s healthy recipe has arrived! The veggie roulade (which is a fancy French way of saying “roll-up”) is a savory and delicious way to get your daily dose of the good stuff…and it’s also super low in carbs. This recipe will work as a nice hors d’oeuvres idea, a yummy lunch or part of a healthy dinner…And it features bubbly melted mozzarella cheese- the best!

Get cookin’…
1.  Set the oven to broil and line a baking dish with parchment paper brushed with oil.
2.  Cut the eggplant into 1/4-inch slices lengthwise until you have 8 eggplant-shaped slices. Repeat with the zucchini. Brush both sides of each slice with olive oil and season with salt.
3.  Lay the eggplant and zucchini slices on the baking sheet and broil until golden brown, about 8 minutes. Remove from oven and flip the slices using tongs.
4.  Divide the cheeses among the eggplant slices, placing the mozzarella on the largest part of the eggplant and sprinkling the Parmesan over the entire slice. Broil until cheese is bubbly and slices are golden brown. Remove from oven and let cool enough to handle.
5.  Toss the basil, parsley and spinach with 2 tablespoons of olive oil and a pinch of salt and pepper.
6.  Layer the zucchini on top of the eggplant and top with divided roasted red pepper slices, placing the slices on top of the widest side of the eggplant (where the mozzarella was placed). Top with the divided spinach mixture and roll the eggplant slices, starting at the thickest end.
7.  Devour and enjoy! 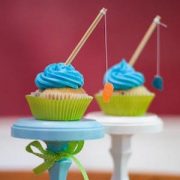 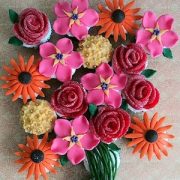 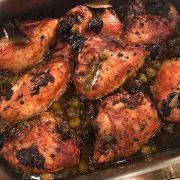 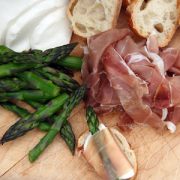 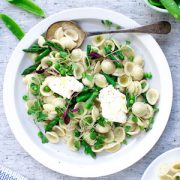 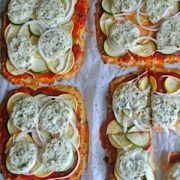 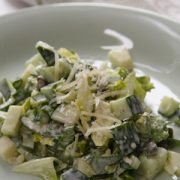