Children Make You Want to Start Life Over.
– Muhammad Ali

We were about two hours into our drive to our apple orchard in the Berkshires, when snow started falling. Despite the late date, it was the first sign of snow this season. I thought to myself, “UGHHHHHH! Now everything will be harder, grimmer and not nearly as fun.” Here comes winter: long, dark, grey, cold days.

At that moment, my seven year-old, Prentiss, began screaming: “SNOW! I LOVE SNOW! I MISSED YOU, SNOW!” Her excitement did not subside. The whole ride, she daydreamed and relived her top snow moments aloud and in song. I must admit, I too began to smile at the thought of many snow-filled memories. As the white powder settled, our headlights revealed picturesque glimpses of a winter wonderland.

Arriving in the pitch black, Prentiss asked if we could go night sledding. “We can mount flashlights on our heads!” She claimed excitedly. As much as I admired her enthusiasm and ingenuity, I stated sternly, “Time for bed.” Prentiss awoke the next morning before daylight and said “I cannot sleep. I cannot wait for the sun to come up so I can get out there in that fluffy white snow!”

Much to Prentiss’ delight, the sun rose and the games began.

After all of these activities, we still wanted more fun. That’s when I remembered a post I had seen on Pinterest. I recalled the two key elements of the project: food coloring and snow.

So, I went to work. I first tried snow in bowls with food coloring, but the mixture was too thick.

Second, I tried using snow and food coloring mixed with a little water…

…great for creating Jackson Pollock-like art, but it was too hard to brush onto the snow.

They say third time’s the charm. I ran inside and washed out a few old spray bottles and filled them with the liquid and voila! Check out the ghostly angel effect.

As I watched, participated and tried to reinvent snow-filled festivities, it hit me: I am one lucky lady. I have a tiny teacher who reminds me of the dazzling joyous hours that can be spent in a winter wonderland. If you are like me, and dreading the wintertime days ahead, stop! Put on your boots and gloves and just get silly amongst the snowfall. And, if you are feeling adventurous, add your own touch of bright, creative color to the white canvas that mother nature provides us.

As always, please let me know what you’d like to see more of by posting on Facebook, tweeting, or writing an email to info@katiebrown.com. We love hearing from you and read every comment. 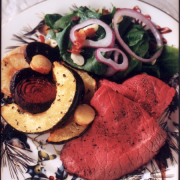 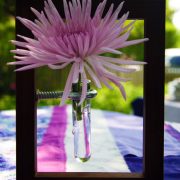 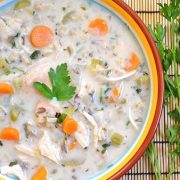 Cooking On the Griddle 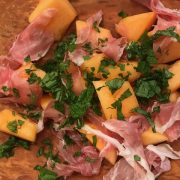 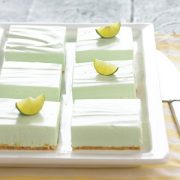 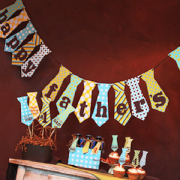 For a Very Festive Father's Day

Enjoy Green in the Winter